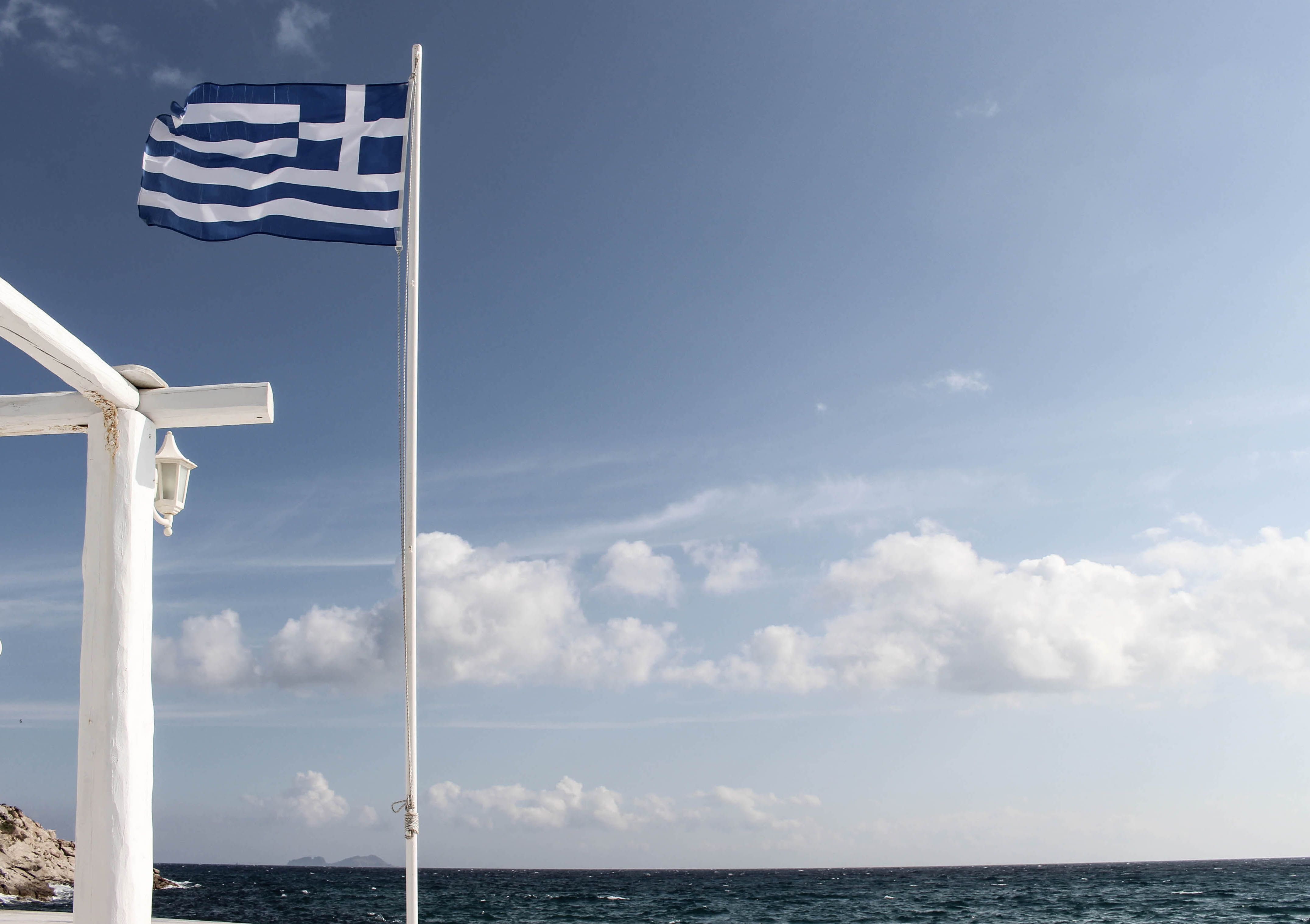 Famed for its idyllic beaches and animated nightlife, Mykonos continues to draw huge crowds from around the world. The island’s beach parties (Paradise, Paranga and the like) make it a top international hotspot for upscale partygoers’ carousing. Whether it’s solitude or partying; shallow waters or pounding surf that allures you, Mykonos is an enchanting wonderland for all. 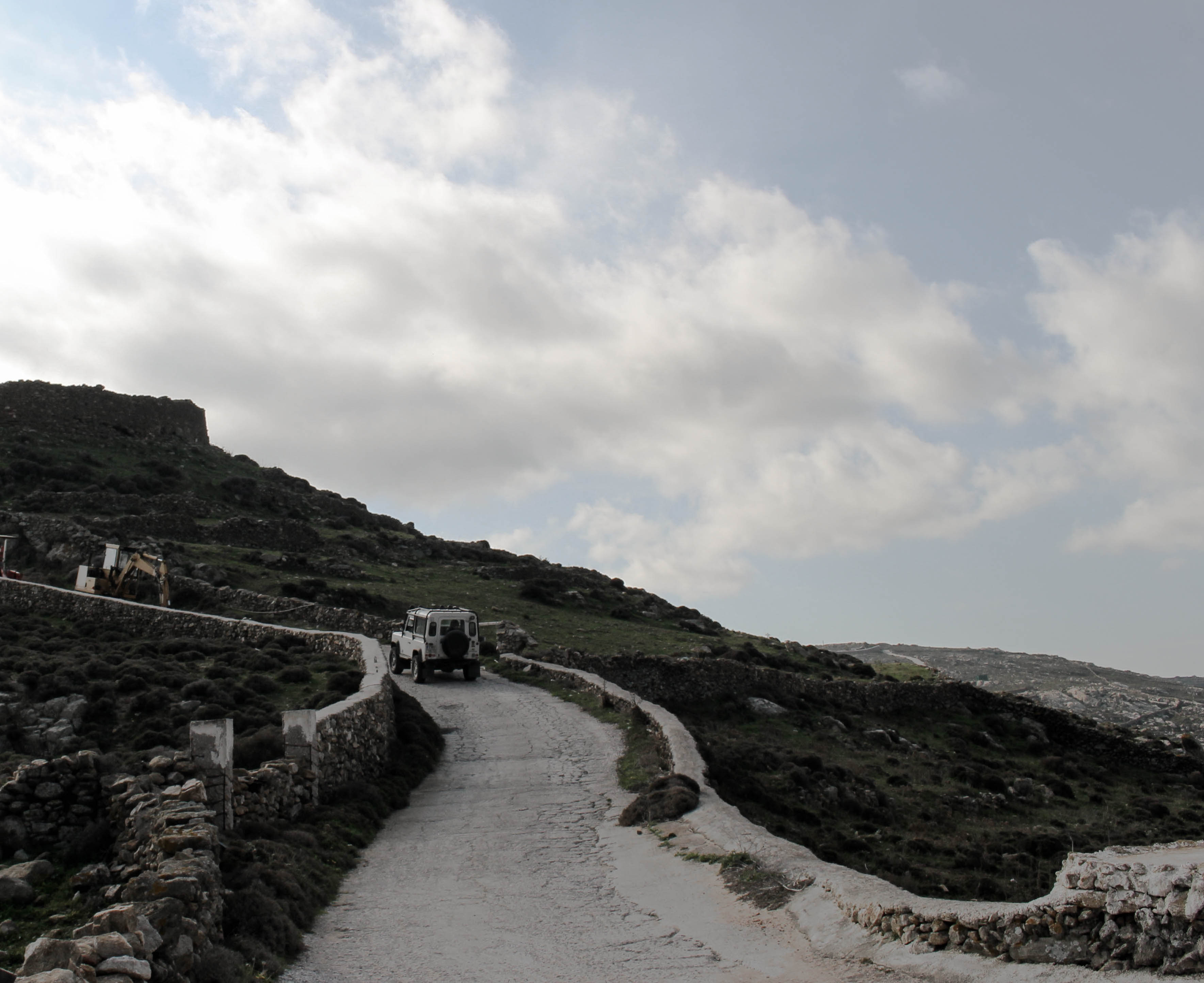 During high season, seekers of serenity and picturesque tranquility should head to the secluded beaches on the north and west sides of the island. Kalafatis beach is reasonably quiet and well known for its impressive windsurfing, waterskiing, scuba diving and other water sports. The gorgeous south side becomes less manic at the tail end of the season when departing revelers are homeward bound. Unfortunately, most of the island’s population also moves back to Athens at this time so most of the shops reduce their business hours or close completely. Mykonos does not have many taxies so hiring a car or bike to explore the island is a good option.

A 25-minute flight between Athens and Mykonos gets you to this incredible island. The other options are via boat, ferries and high-speed vessels. For now, you can take a mental flight with me as I reminisce about the island and all its heart-warming feels. A bit of a soul share … 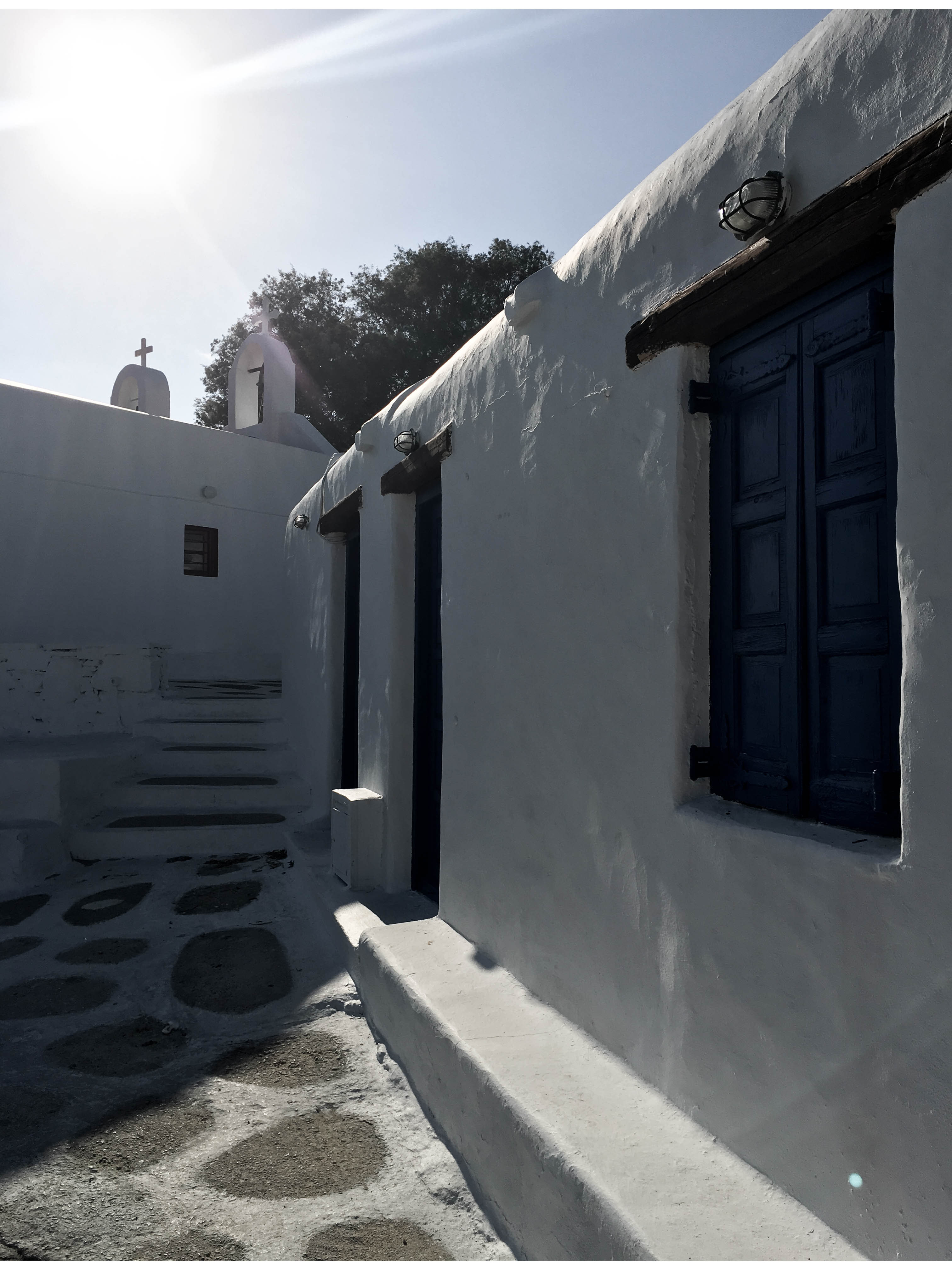 Mykonos is home to a plethora of votive chapels and churches, 365 of them, one for each day of the year. Church of Panagia (Virgin Mary) Paraportiani (standing next to the entrance door) is a popular one in Chora and dates back to the Byzantine era – the continuation of the Roman Empire in the East with a move from Latin to Greek culture and characterized by Orthodox Christianity. Many people tour this impressive, whitewashed church for it being a sacred site and its views of the Mediterranean Sea no less. Entrance to Panagia Paraportiani church is free of charge as it’s an active place of worship. Tourists are encouraged to be respectful.

A thought to ponder … worship of God should not be confined to a building, geographical spot, Old Testament laws or ceremonies. Worship is a matter of the heart and soul, a joyous appreciation and reverence (fear) of God and His love for us. According to Proverbs 9:10, “the fear of God is the beginning of wisdom“. The Greek term for fear is ‘phobos’, which means awe, reverence and an understanding of the great I AM. God is Spirit, and those who worship Him must worship in spirit and truth (John 4:24). Respect. 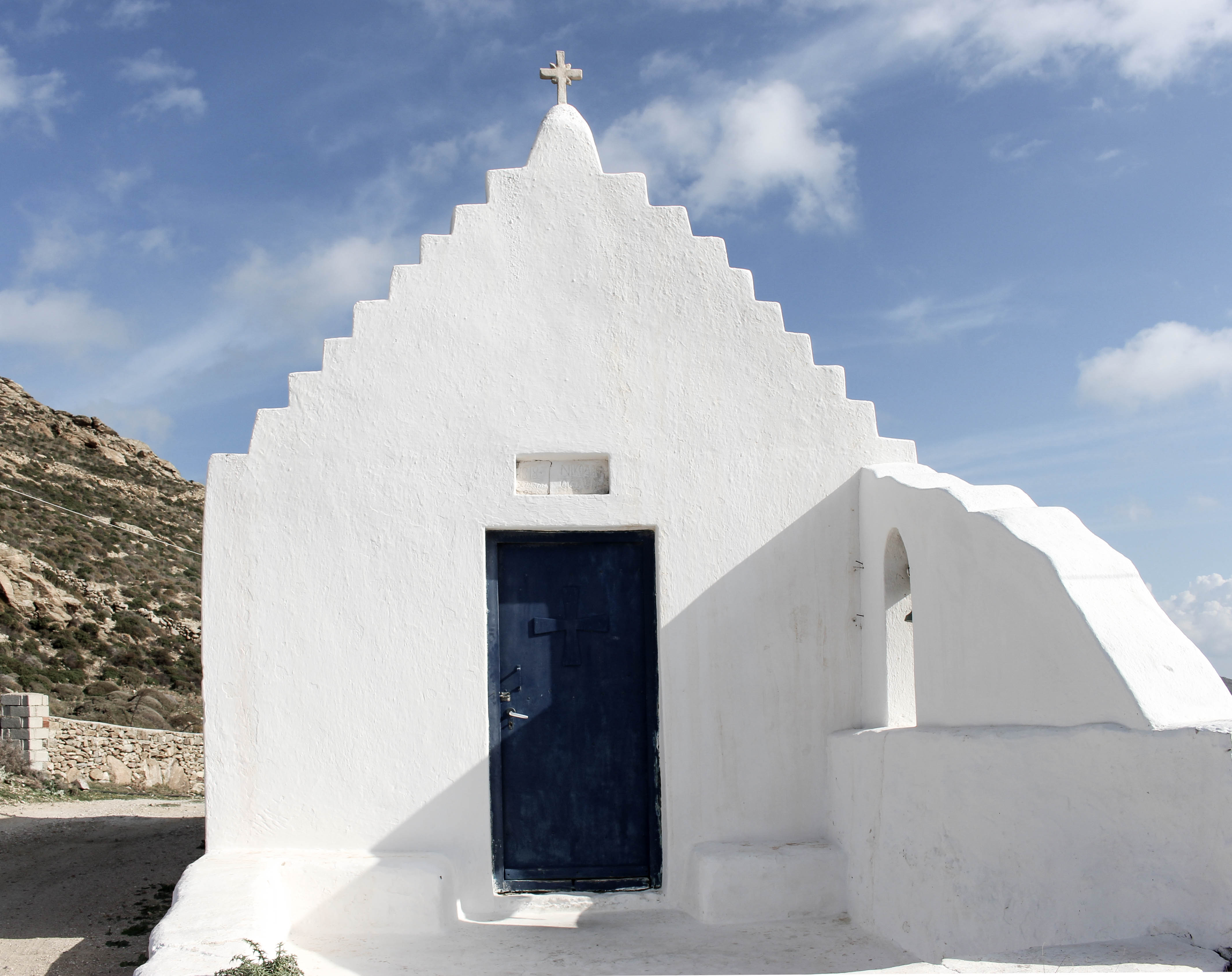 Mykonos is … lingering over a seaside dinner. – Lonely Planet

¡Así es! … Like a sumptuous dinner at Vegera. A cozy restaurant situated on the edge of the Old Port of Mykonos, overlooking the sea and narrow, crescent-shaped ‘Yialos’ (harbor). Our waiter was impeccable and ensured a great experience. A delicious selection of fish and meat as well as a great wine selection was on offer … ¡por supuesto! The fish was served with a scrumptious side dish called ‘Skordalia’, essentially traditional Greek mashed potatoes with garlic and olive oil. Yes, ‘Skordalia’ because ‘mashed potato’ sounds too basic for Vegera’s out-of-this-world, melt-in-the-mouth version.

All of it perfectly paired with a 2014 Kthma Bibaia XΩpa, a pleasant Greek blend of Sauvignon Blanc and Assyrtiko, well balanced with a fresh, citrusy aroma. Es un vino excelente! Me encanta … ending off dinner on a sweet note especially when it involves coconut and cream. And when in Greece, you have the smooth after-dinner aperitif Navarino tsipouro. Btw, only produced in Greece. An aperitif to end a wonderful dinner on the highest of notes. Yamas! I was told ‘Opa’ is used by the Greeks before dancing and celebrations whilst ‘yamas’ is similar to ‘salud’, ‘cheers’ or ‘to good health.

I can’t recall the waiter’s name from that evening but I certainly remember his warm soul, a salt-of-the-earth kind of guy. He shared his story on moving from another part of Europe to Mykonos and making the island his home. We shared a mutual interest in a “living-quietly-by-the-sea, working-with-your-hands, minding-your-own-business” lifestyle. Picture the final scene in the “The Bourne Identity” where Marie escapes to Mykonos and sets up a small business at the beach … jajaja! 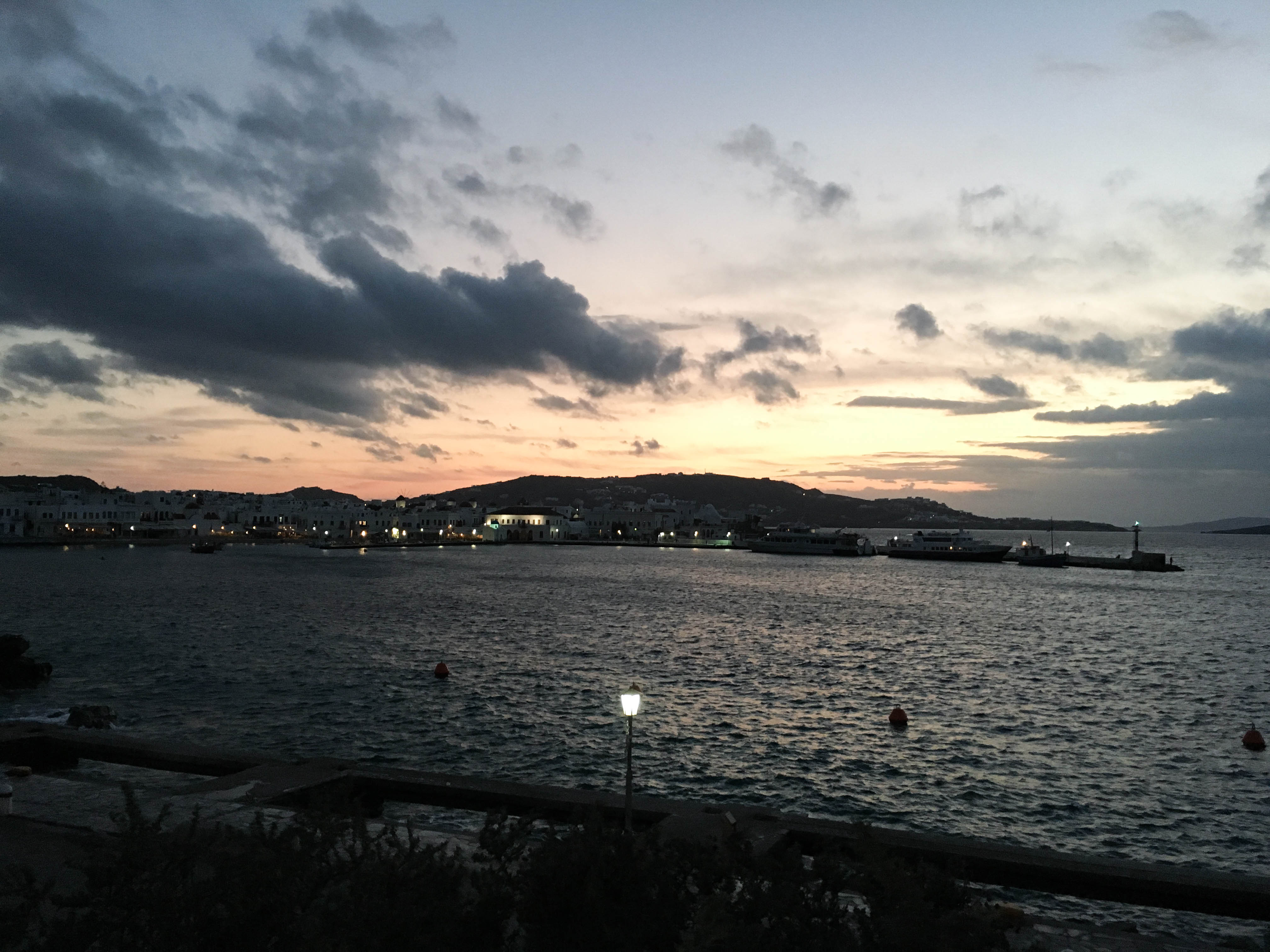 It’s always great chatting with the locals and gaining their perspective of a place. Amid our chatter out of the corner of my eye, I caught sight of a group of local, elderly gentlemen enjoying their evening drinks and cigars. Later that night, another local group arrived, this time a few elderly ladies with a sweet, coy energy. Admittedly, I was intrigued and quietly observed their zest for life and undiminished innocence. The light flirtation/banter between the two tables was heartwarming. An epitome of ‘ageing gracefully’, must be the Mediterranean air 😉

Do visit the Windmills (Kato Myli) in the main town of Chora, which date back to the 16th century. Truth be told, I only visited them in passing. The windmills are no longer in use, however, serve as a symbol of Mykonos’ rich past. The former islanders used the power of Mykonos’ gusty winds to grind grain. They would then sell the flour to local bakeries and also exported it to other countries around the world. It’s free of charge and offers awesome views of Little Venice and the harbor. Little Venice is another hotspot in Mykonos with postcard views of the windmills and the Mediterranean Sea’s dazzling waters as well as cozy cafes, shops, and historic homes.

You may want to head on to the Archaeological Museum or Mykonos Folk Museum hereafter since they’re within walking distance. 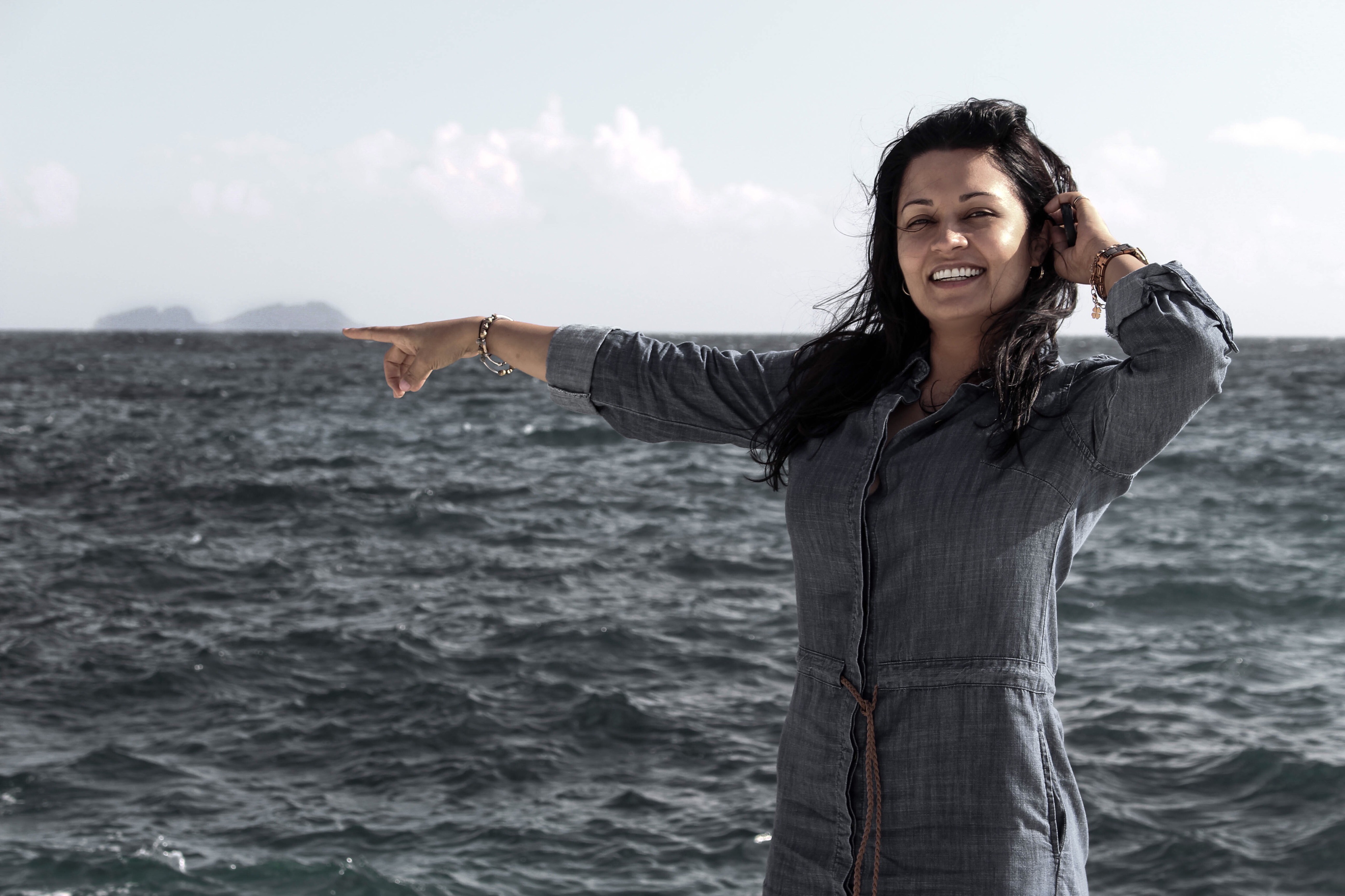 This also reminds me of the creatures rising up from the sea and out of the earth as mentioned in the book of Revelation, corresponding to the seven deadly sins (i.e. envy, gluttony, greed, lust, pride, sloth, and wrath) that aim to threaten and kill God’s people. 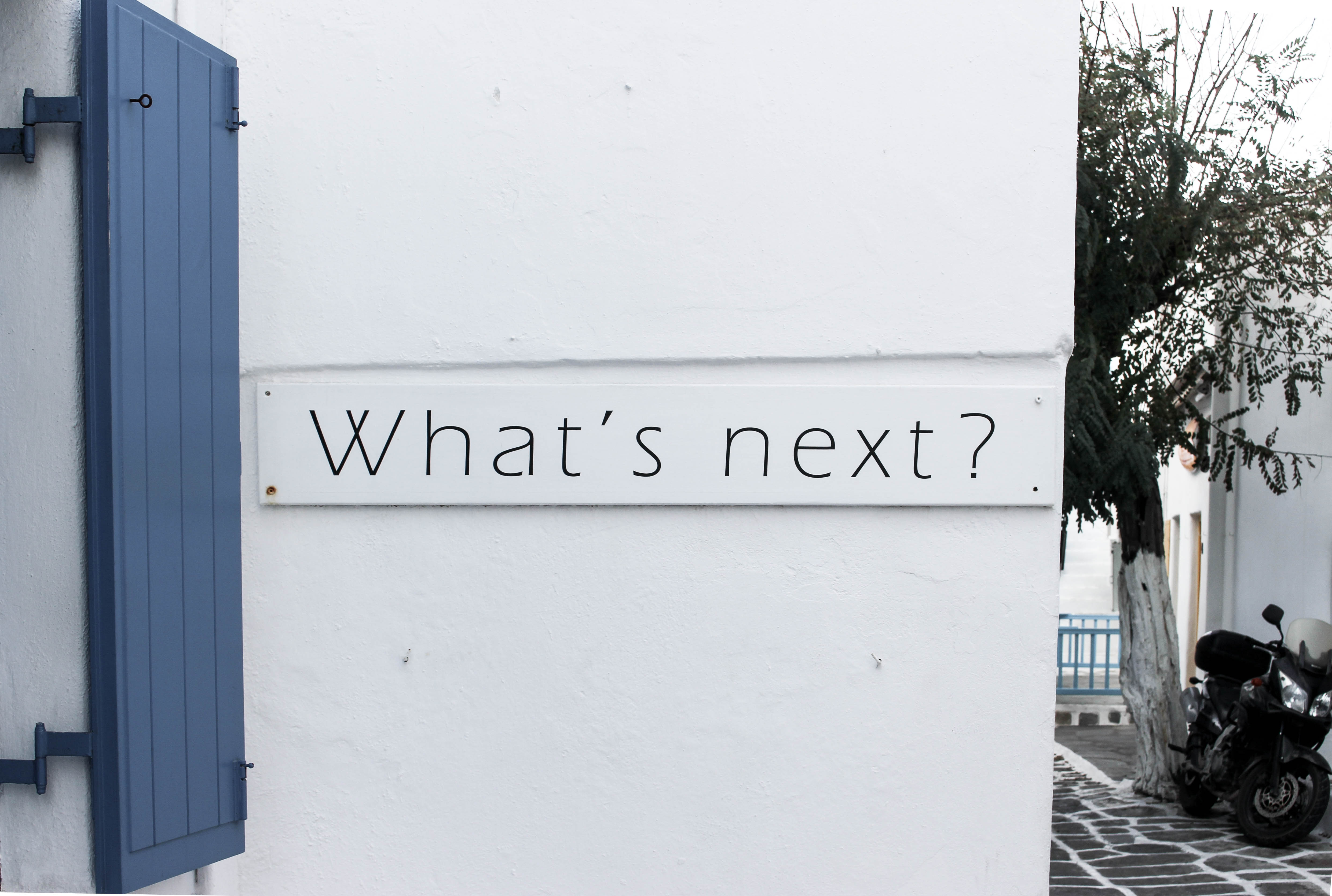 The island of Delos, with its archaeological finds, an extension to Mykonos.

I’ll share more on my sauntering along this island next time.

8 thoughts on “Turning up the quiet in Mykonos!”