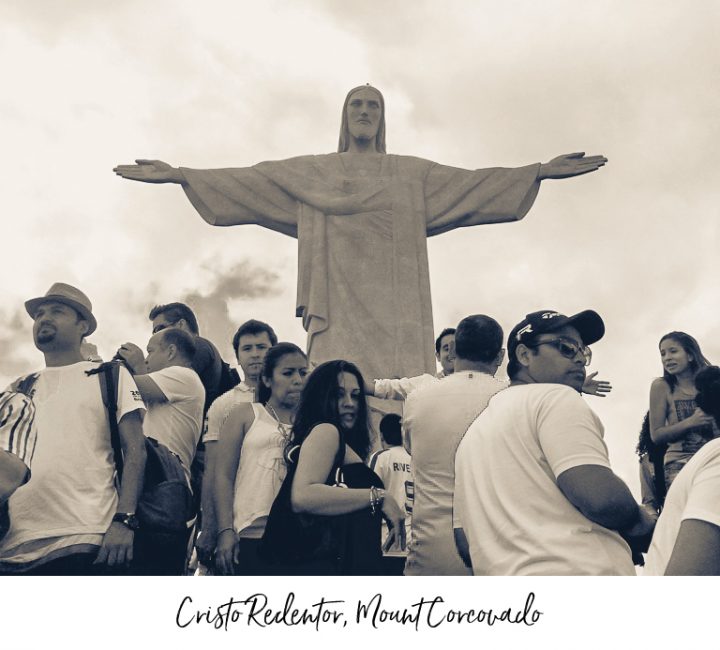 There’s an unforgettable Spanish Cocktail / Tapa Bar called ‘El Born’ on Rua Bolivar in Copacabana, Rio de Janeiro that serves the most delicious tapas and sangrias ever … riquisímas! Free falling from food cravings, memories and songs from Brasil … a country infused with African and Portuguese influences, festivals, Samba and religion. 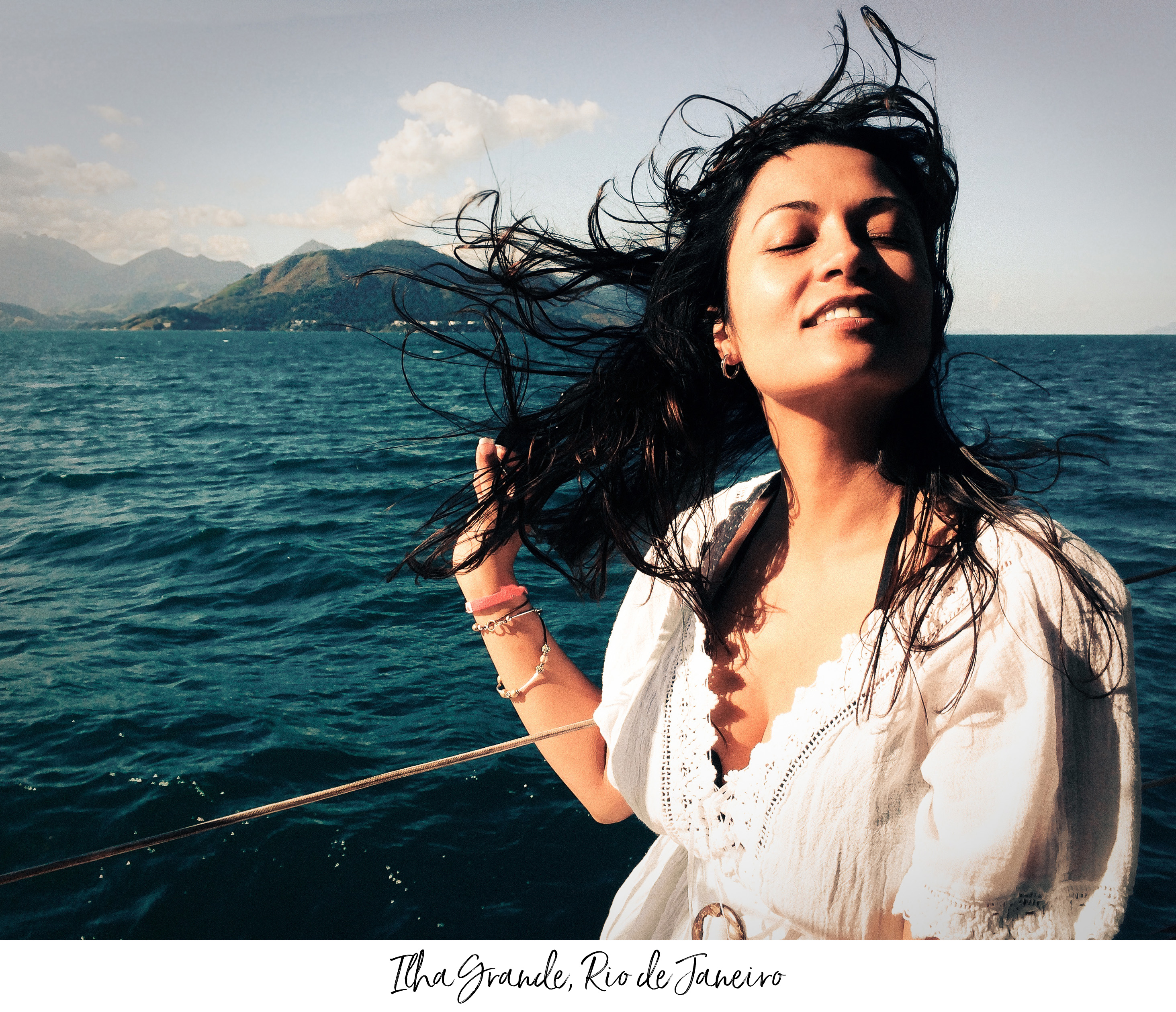 We enjoyed a full day boat trip around the Island of Ilha Grande and its beaches with a lively mix of people from all around the world. 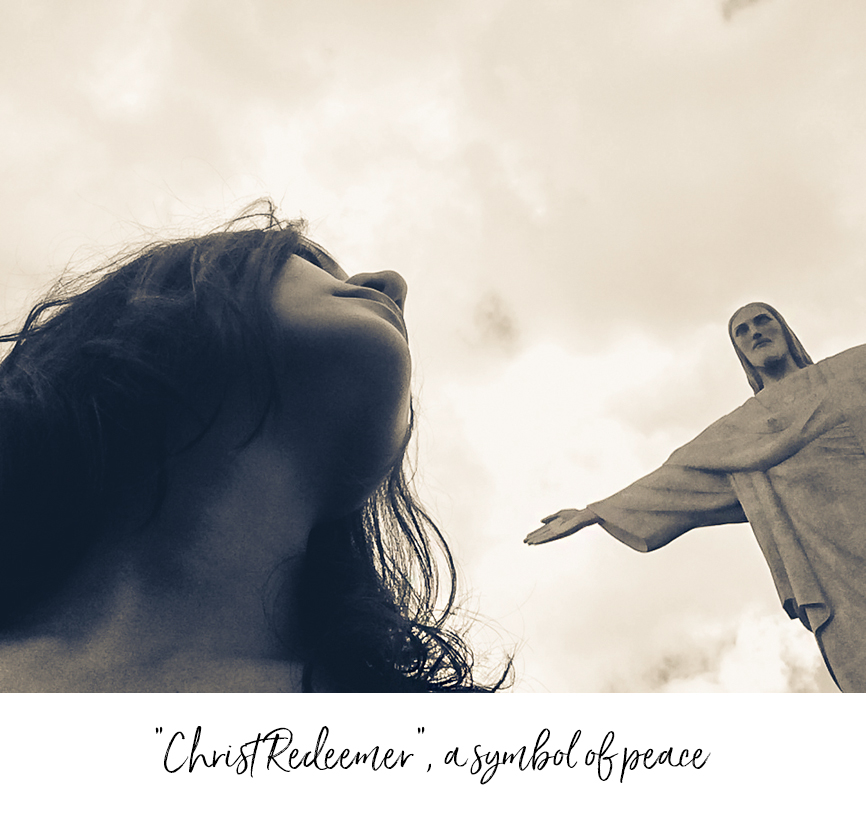 “Cristo Redentor”, an iconic image of Brasil, symbol of peace of a country who once, as a majority, feared Godlessness and saw the statue as symbolic in reclaiming Rio for Christ.

We all know and most of us love this gripping landmark atop Mount Corcovado in Rio de Janeiro. This symbol of Christianity has been listed as one of the ‘New Seven Wonders of the World’. Kudos to French sculptor, Paul Landowski, who has created this 30-metre statue of Jesus Christ, the largest Art Deco-style sculpture en el mundo. Brazilian engineer Heitor da Silva Costa in collaboration with others in the field built the ‘Cristo Redentor’ sculpture.

May the statue truly be a symbol of peace, inspiration and open arms, welcoming people from all around the world not only to Brasil but also to the love, peace and eternal freedom found only in Jesucristo.

Walking along Copacabana’s mosaic-tiled promenade, heart-warming feels arose as we met up with a festive Christian parade welcoming Soccer World Cup fans from around the world.

Expressions of faith among football players are common in Latin America albeit tricky in the public eye since ‘the accuser of the bethren’ is always ready to oppress, ridicule or criticize believers when they fall short. Anyway, I agree with Luís Paulo Rocha de Mattos, pastor in Rio de Janeiro who said, “Fame and fortune are always dangerous to the Christian. I would prefer to see fewer players presenting themselves as evangelicals, and more people really committed to biblical standards.” 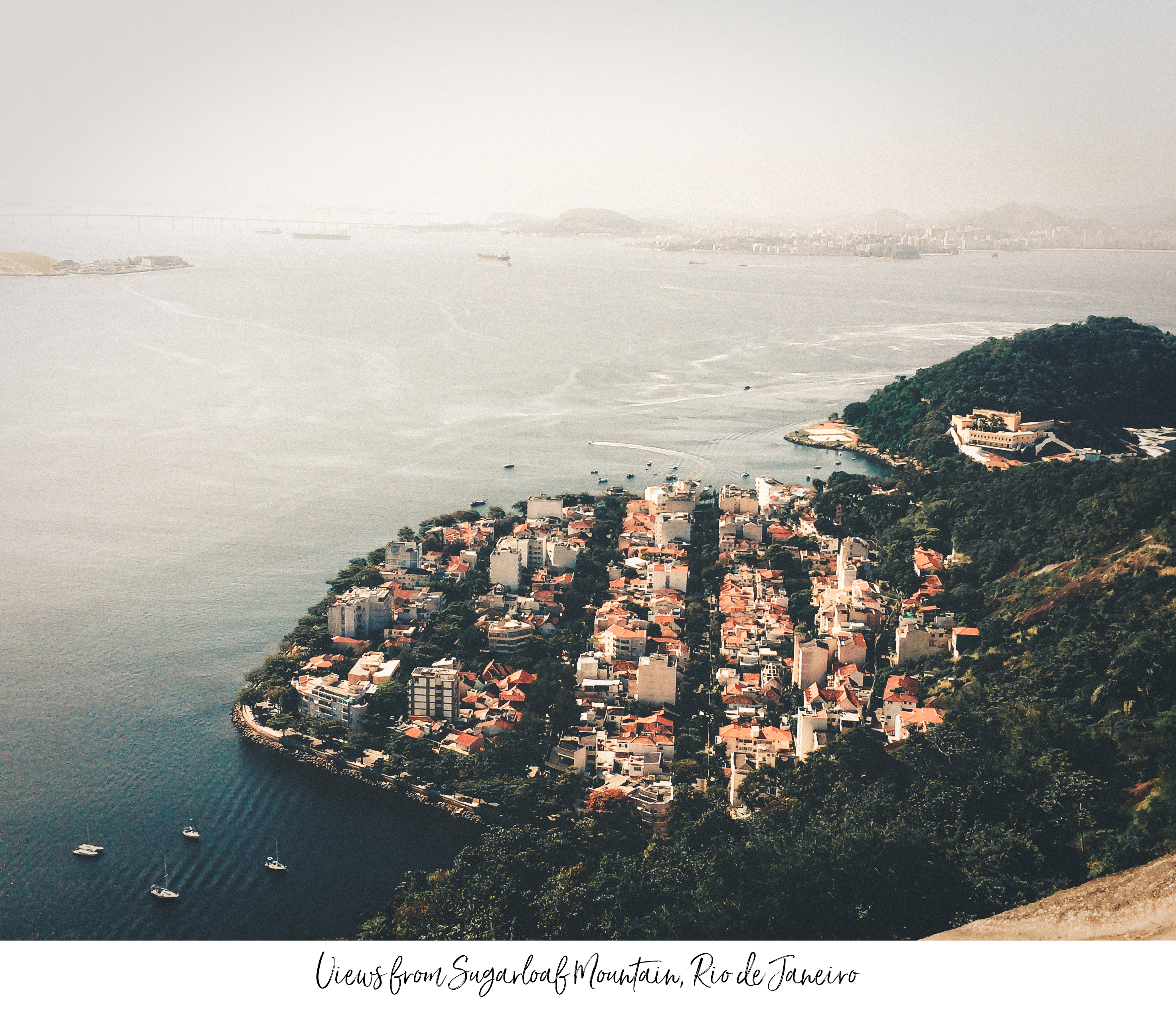 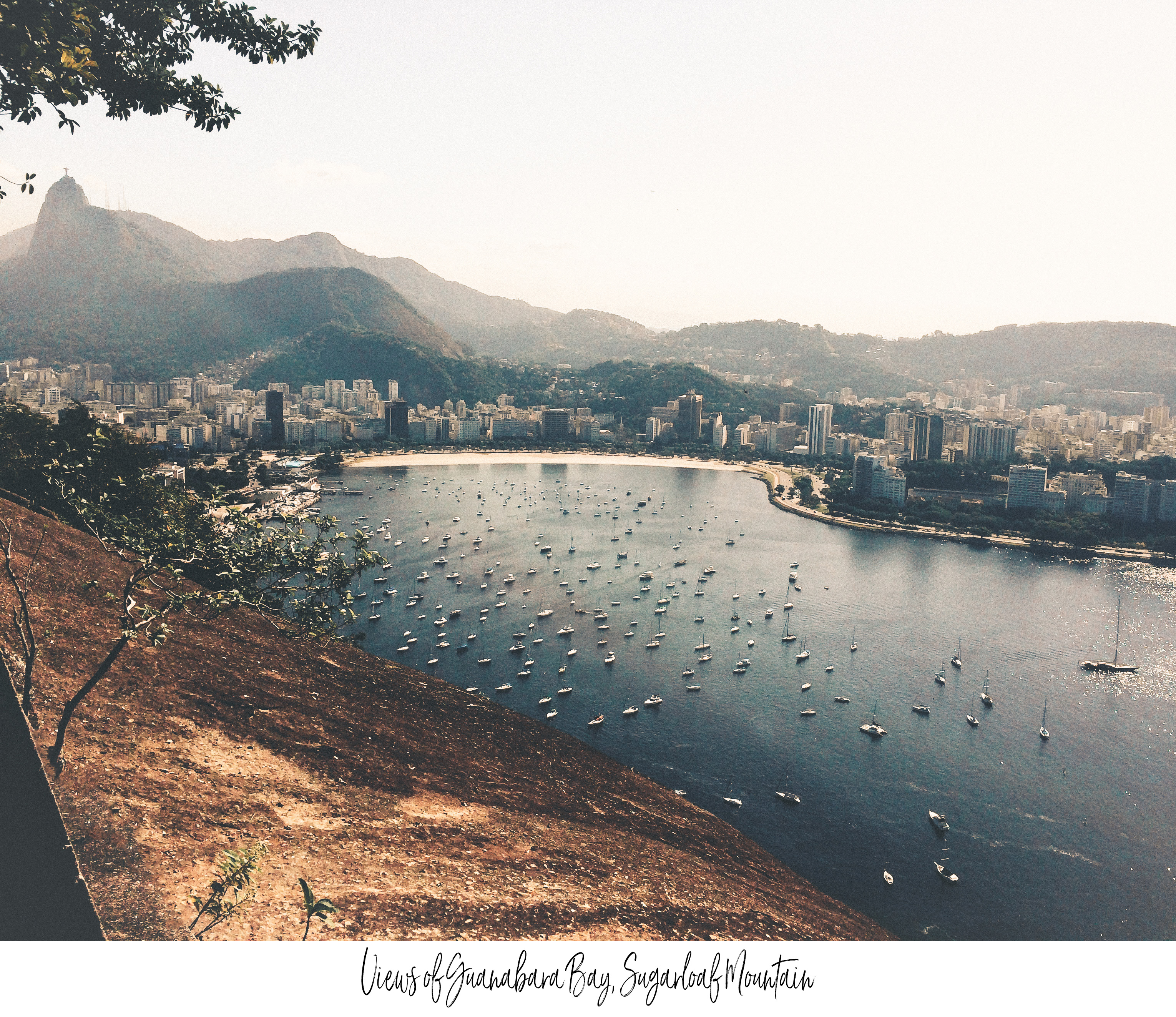 Pão de Acúcar gets its name from its resemblance to a sugarloaf, the form in which refined sugar was produced back in the day. It appeared in the James Bond movie, Moonraker and the movie Mechanic: Resurrection starring Jason Statham.

Views of Guanabara Bay, the second largest bay in area in Brasil after All Saints’ Bay in Bahia. Amidst the heavy boat and ship traffic, the bay is also home to Botos, a population of Amazon River dolphins, which are apparently on the decline. 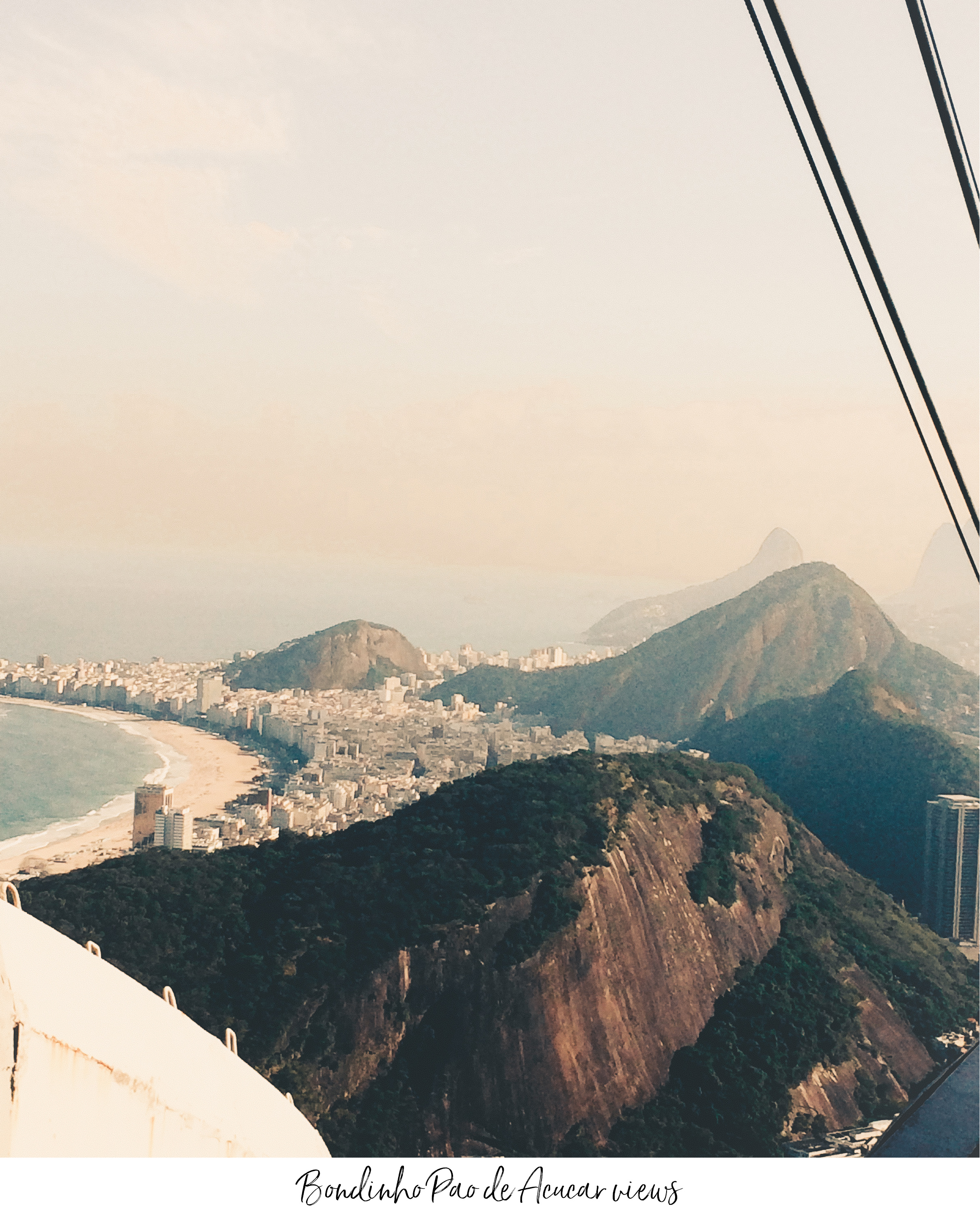 It boasts the most stunning panoramic views of Rio and well known for its cableway (bondinho). 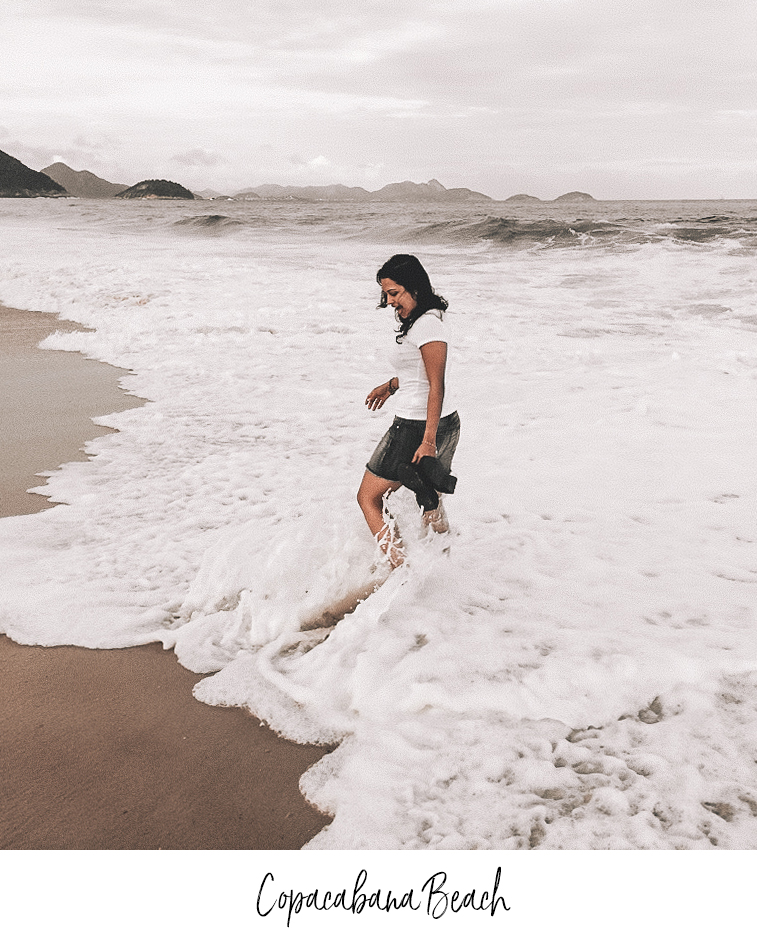 Endless, unfettered walks on the tropical beaches of Copacabana and Ipanema. Always carve out time for appreciation of all that’s good in times of bliss and acceptance of things that are not. Thankful for those late night walks, days when we woke up with sun rises and went to bed after we had our fill of Mojito’s over late night convos along the promenade.

By day, we’re either barefoot feasting by the pool or street food binging at the beach, ‘Almuerzo en el Verano’ with Caipirinha’s, chilled Coronitas or the local soft drink Guaraná on the side. Come sunset, a sense of exploration sets in as we scout for interesting dinner spots. Hashtag VacayMode in full swing 🙂

All cheeky and in my element at El Born sporting my ‘Made in Argentina’ sweater. Quite chuffed at striking this bargain in Argentina a few days pre-photo. Créeme! … the tapas and sangrias were so good! 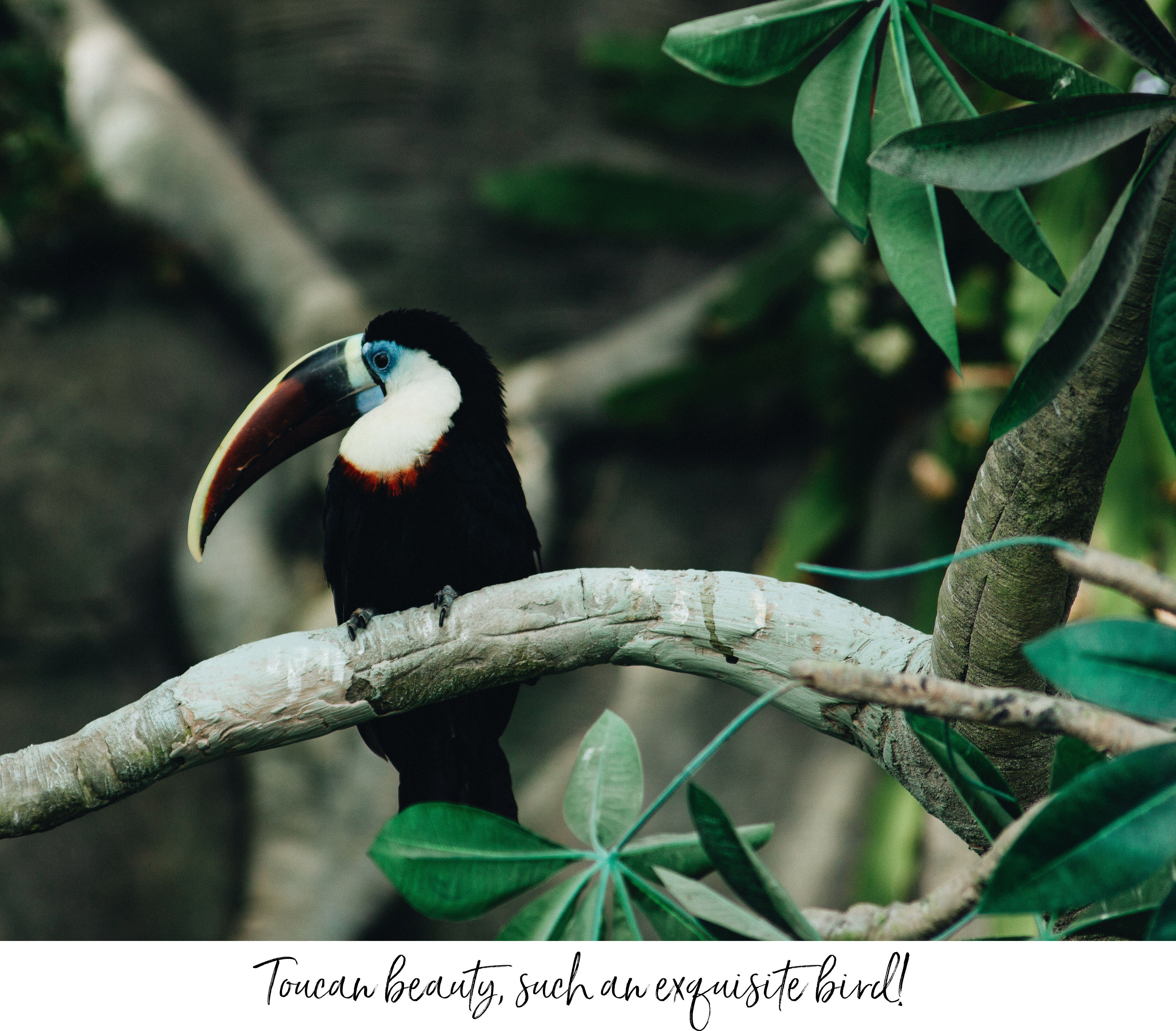 Hey lover! Enamorado … the Toucan bird is an impressive beauty from the Amazon Jungle with its bright beak and pretty blue eyes. Also a scream, in that it screams “Tokano! Tokano!”, hence its name Toucan. RioZoo is the oldest zoo in the country and accommodates a variety of them and other animals. 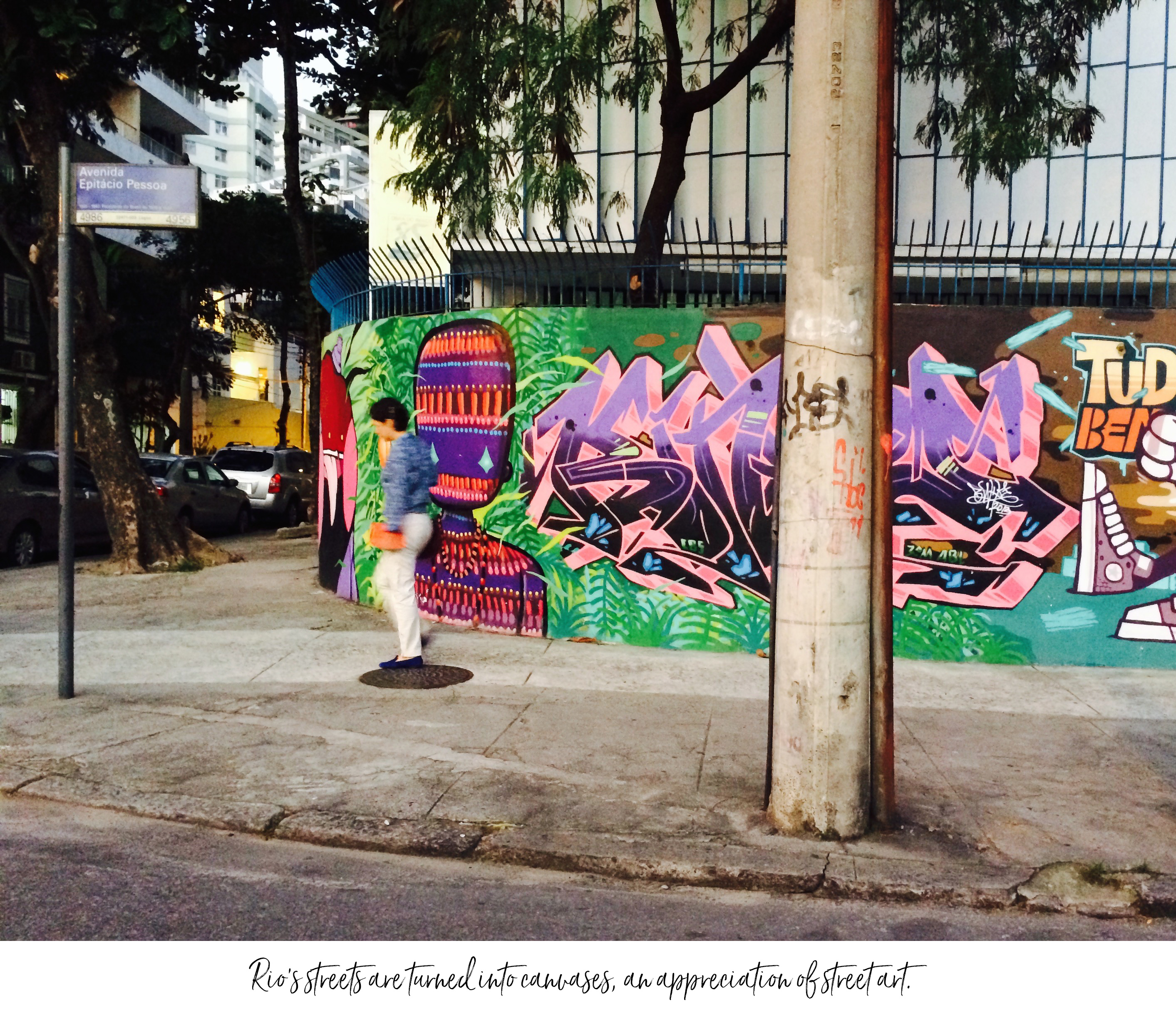 The world is a dangerous place. It is always advisable to be alert and cautious wherever you travel. The few hair-raising moments in Rio pales in comparison to the awesome adventure had. By the grace of God and being a chingona, Rio was a blast by large leaving us unscathed with nothing more than a ‘lost’ camera.

We are one! Ole Ola!