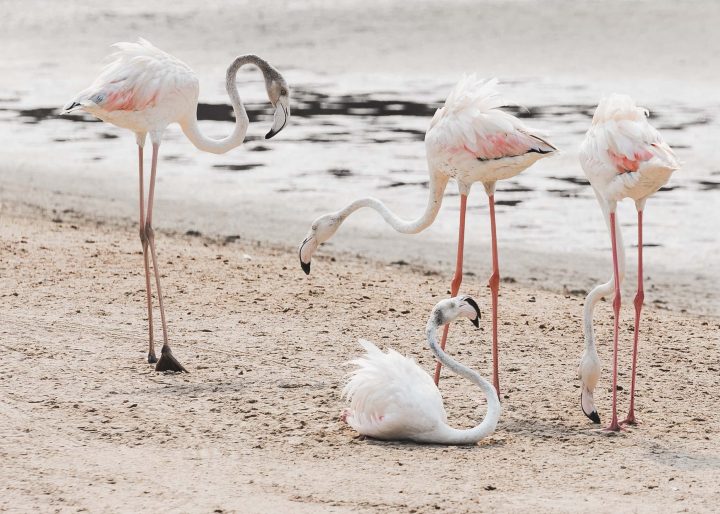 “The Kingdom of God is a people who transcend nationality, nations, races, religion, and even time itself”, these words by Reverend Andrew Thompson struck a chord in my quiet time. These words got me musing on the United Arab Emirates, a country I have come to deeply love and respect. The country’s vision of unity, ‘to bridge the gaps that separate people of different cultures, and to discover and celebrate the bonds that unite them’, resonate in my soul. This remarkable vision of its Founding President, the late Sheikh Zayed bin Sultan Al Nahyan and upheld by the country’s exemplary leaders through their continuing commitment, makes the UAE one of the best countries in the world.

Sheikh Zayed also laid the foundations for wildlife conservation, particularly those native to the region. Beneath the glistening facade of opulence, skyscrapers, luxury hotels and massive malls is an incredible array of wildlife. Across the UAE, there are impeccable efforts to conserve wildlife along with their natural and specially-made habitats by setting aside national parks and wildlife preserves. Plenty opportunities abound for nature lovers to get close to the animals, from the ever growing population of greater flamingos to the indigenous dune-dwelling creatures of the desert.

Nature is one of God’s beautiful creations. When we look to nature to escape our crushing reality, we connect with the Ruler of it all and these are the moments that make my heart swell.

Sir Bani Yas Island is a desert island located off the coast of Abu Dhabi. With giraffes, gazelles, Arabian oryx, ostrich even cheetahs and hyenas roaming the island, it feels like the UAE but with a slice of Africa. The island was established as a nature reserve in 1971 by the UAE’s Founding President Sheikh Zayed bin Sultan Al Nahyan and is an homage to his vision. The Arabian Wildlife Park, a 1,400-hectare nature reserve takes up more than half the island, and is home to over 10,000 animals. You can reach the UAE’s safari island via seaplane or take a peaceful road trip listening to your favorite playlist. Explore the island on foot, mountain bike, 4×4 and even on horseback. There are various activities and amenities on the island including a relaxing massage at the spa.

Photographers should take measures to protect their gear as the 4×4 tour can become pretty dusty.